At the 17:20 mark of the Corbett Report’s “Questions For Corbett” series,  We find an excellent image of divide and conquer. 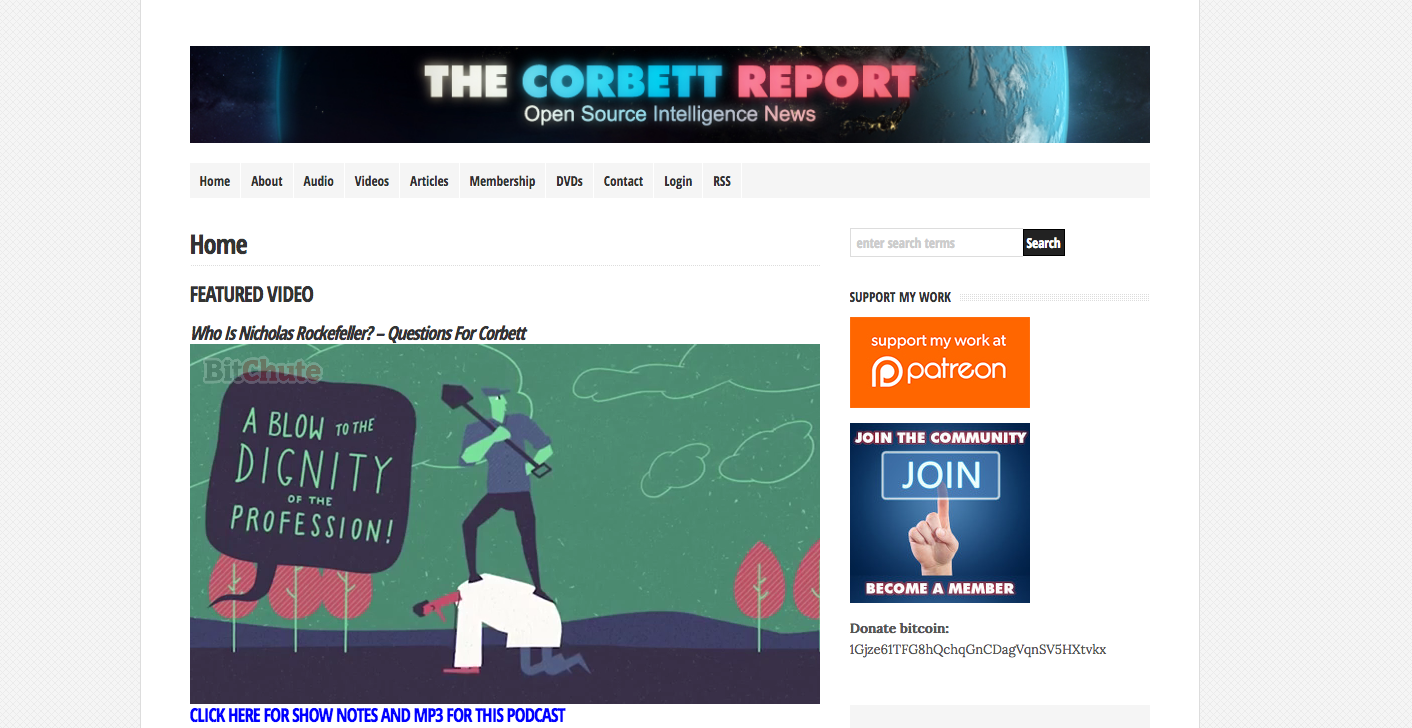 In this series James Corbett answers questions: How did people manage before insurance took over health care? Can we ever get rid of them?

Corbett answered by playing a video version of an essay by Robert T. Long called, “How Government Solved the Health Care Crisis — Medical Insurance that Worked — Until Government ‘Fixed’ It”.

The listener is told that 80 years ago the major complaint of the medical establishment was that “medical costs are too low and health insurance too accessible.” With such concerns, there should be no doubt as to who’s “interests” were being expressed here. Presumably, by medical establishment Long meant those who profit from the health care “industry” and not government.

In the image depicted, one immediately notices the worker’s hubris bullying the humble, hard working doctor. The guilt of the lowly custodian of society is obvious. This individual is the culprit of our health care woes. But guilt has a flip side. It is not at all unusual that the doctor readily accepts his victimization at the hands of some one lower not higher on the ladder. In this way he protects his “interests” and serve’s the ruling class’s.

The video goes on to “inform” us that back in the late nineteenth century in the U.S. and England, fraternal societies existed that gave health care to workers. They have been dubbed Mutual Aid societies. The essay gives the impression that charities and Elk lodges of the late Victorian era were a satisfactory social health care system for workers. They did not address the unemployed and very poor. Presumably would have shared in the bounty of mutual aid. Anyone with a little knowledge of that time understands the absurdity of this claim (though we have not studied health care history specifically).

In “theory” one might imagine that work and health care need not be in conflict. They are both vital to social well being. And yet we are to accept that labor and health care are difficult, if not impossible, to reconcile. In ruling class society they competing forces sacrificing for their ruling class in their own way.

Mutual aid, a form of socialism, is praised in this conservative view, while the medical establishment, capitalist in character, which is not mentioned, is viewed as an overbearing monster. Ever since the government became involved, it has become the overbearing socialist monster, while socialist mutual aid is held up as “voluntary mutual-aid associations”. No mention of their socialist character.

This divide and conquer was admittedly the propaganda of the medical establishment in the early twentieth century, which in turn has been used to promote the propaganda of today. That is, doctors were pitted against the laborers then, while doctors are being pitted against big government today, and both conflicts engineered and promoted by the ruling class Establishment health care sector — the medical establishment.

It is strange that the evolution of society is never taken into account when deciding policy. Our Conservatives minions do not stop to ask, “Why is society moving in the direction of public health care in the first place? Why is society moving toward regulation in general?” Instead, it is an article of faith that deregulated, privatized health care, along with everything else, is the best for society.

The Supreme Executive herds us away from considering the very rational proposition that Liberal Democracies have generally moved toward regulation of markets and health care because that is the logic that keeps the system stable. But that is no longer the case. Any connection to the lower orders the Liberals (and Conservatives) once had has been successfully severed. We are talking about the ruling class, after all, where Profit Logic reigns, and divide and conquer makes more sense than stability.

As an Amazon associate, I earn from qualifying purchases.